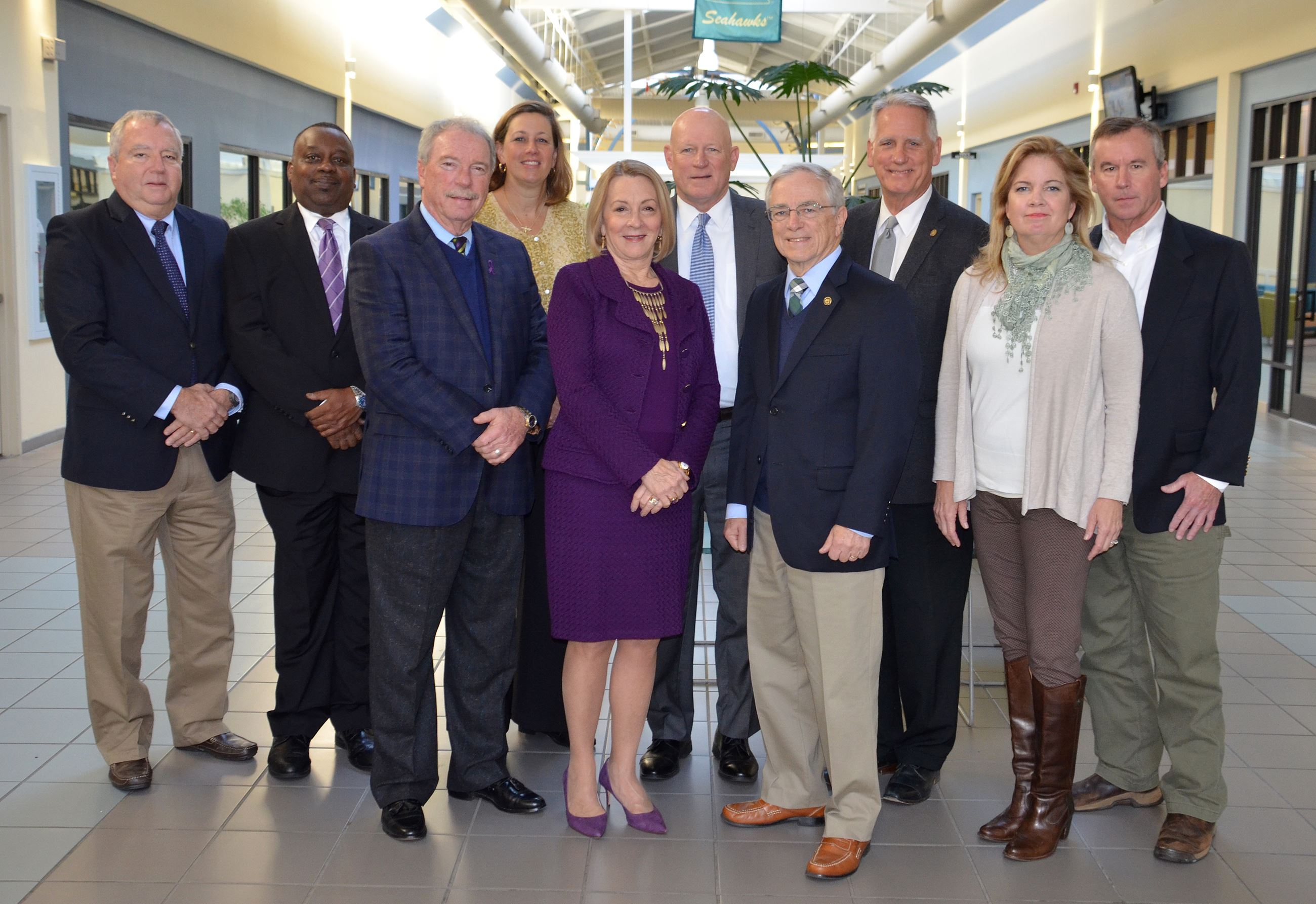 Bill Norris is a North Carolina native and a graduate of Western Carolina University where he earned both a BA in History and an MBA. He has a 27 year career with First Citizens Bank where he is currently a Senior Vice President and Manager of Commercial Banking. Bill and his wife, Anne have been residents of Wilmington for 10 years and they have two daughters. Bill is an active volunteer and has held several leadership roles with various non-profits in the community. His current term ends in 2021. Email William Norris

Mr. Corder grew up in Wilmington and is currently the president and CEO of Thomson, Corder and Co., a full-service civil construction firm providing services for custom subdivisions, industrial plants and commercial sites in the Wilmington area. Corder has worked in the field for more than a decade and is a licensed Professional Engineer in the state of North Carolina. He holds a Bachelor’s Degree in Civil Engineering from North Carolina State University. Mr. Corder is a member of the Cameron Executive Network at UNCW and enjoys mentoring young students on ways to be successful in business. His current term expires in 2020. Email Wesley Corder

Jennifer Adams is the head of Facilities and Maintenance for the Wilmington Corning manufacturing plant. She is a licensed Professional Engineer in North Carolina and has worked in the environmental field for more than two decades. Ms. Adams holds a Bachelor’s Degree in Chemical Engineering from Georgia Tech and an MBA from UNC-Wilmington. She has served with several non-profit organizations, including Communities in Schools Cape Fear, the Wilmington Concert Association, and Junior Achievement. Ms. Adams is a New Hanover County appointee, and her term ends in 2022. Email Jennifer Adams

Deans Hackney is a native of Wilson, NC, and has lived in the Wilmington area since 1987. He graduated from UNC-CH and holds an MBA from Wake Forest University.  He and his wife Robin own Horizon Homes of Wilmington and build custom and semi-custom single family homes.  They have two adult sons.  Mr. Hackney is a City appointee, and his current term ends in 2022. Email Deans Hackney

Larry Sneeden is a Wilmington native with a BS degree in Civil Engineering from North Carolina State University. Larry has worked for about 40 years as a consulting engineer in the Wilmington area for residential, commercial, institutional, and DOD projects, including extensive water distribution and wastewater collection systems. He presently owns Coastal Stormwater Services, Inc., a consulting engineering firm that specializes in the design of stormwater management systems and environmental remediation projects. Larry is a member of the Wilmington Kiwanis Club, numerous technical organizations; and is a past member of the Wilmington Planning Commission and Subdivision Review Board. He enjoys hiking with his wife Juanita. His term ends in 2020. Email Larry Sneeden

Jonathan Barfield is a New Hanover County native.  He owns Barfield & Associates Realty, LLC., and has been a licensed realtor since 1997.  Mr. Barfield has served as a County Commissioner since 2008 and is active with many area boards, professional associations, and community groups. Mr. Barfield is married to Laura Renita Barfield, and they have four daughters.  He was appointed to CFPUA in  December 2019, and his current term ends in December 2020. Email Jonathan Barfield

Councilman Charlie Rivenbark is a real estate broker for Cape Fear Commercial. and a life-long resident of Wilmington. He has been a president of Wilmington’s Azalea Festival. He is currently serving his fourth term on the City Council. He enjoys volunteering his time to read to school children. Mr. Rivenbark was appointed by the City in 2010. His current term ends July 2021. Email Charlie Rivenbark

Councilman Kevin O’Grady has completed two four-year term on the Wilmington City Council, and is now serving his third. For the past 14 years, he has been active throughout the Wilmington community, serving as an officer, board member or volunteer for several organizations. They include Wilmington Downtown Inc., Historic Wilmington Foundation and Residents of Old Wilmington. Councilman O’Grady came to Wilmington from Florida where he worked as a commercial litigator for more than two decades. He previously worked in Public Administration with the General Accounting Office, Sallie Mae, and Public Administration Service. He served in the U.S. Army and the Peace Corps. He holds a J.D. from George Washington University, an MPA from Cornell University, and a BA from Marist College. Mr. O’Grady’s term runs until July 1, 2022. Email Kevin O’Grady

Commissioner Rob Zapple and his wife, Michelle, have lived in the area for 21 years and have three children.  He is a licensed general contractor and owner of Rob Zapple Design and Build, Inc.  Mr. Zapple is active in several non-profit organizations serving New Hanover County and the City of Wilmington.  He was first appointed to CFPUA in 2015, and his current term ends in December 2020. Email Rob Zapple

Jessica Cannon is a retired physician, homemaker and social policy entrepreneur. A native of Virginia, she received her undergraduate and medical degrees from the University of Virginia, and then trained in Obstetrics and Gynecology at the Medical College of Virginia. Before going to into medicine, she worked on Capitol Hill as a legislative aide. Since retiring from medicine in 2006, Dr. Cannon’s volunteer activities include advocacy around civic issues that affect the health and well-being of children and families in Southeastern North Carolina. She is co-founder of two citizen grassroots groups — Suit Up Wilmington and Clean Cape Fear. Together with their three sons, she and her husband Kevin Cannon, who is a Hospitalist with Wilmington Health, have lived in Wilmington since 2001. She was appointed to CFPUA in 2019, and her current term ends July 1, 2020. Email Jessica Cannon

Hollis Briggs grew up in Wilmington and returned to the community in 1999.  After a 33-year career as an executive chef in the Atlanta area, he now works for a local law firm as an investigator and marketer.  Mr. Briggs was appointed by the governor to serve as a Commissioner for the USS North Carolina from 2007 through 2013.  He has worked with the Dr. Martin Luther King, Jr., Holiday Celebration and is currently the Chair of the organization.   Mr. Briggs has five children. He was appointed to CFPUA by New Hanover County in 2019, and his current term ends July 1, 2022. Email Hollis Briggs